Vector in c++ is like a dynamic array, but it has the ability to resize whenever we are adding or deleting elements from vector. Vector is a type of Sequence container. Containers hold data of the same data types. Apart from sequence containers, there are different types of containers available in vector.

If we check internally, vectors are also dynamically allocated array which store elements. If more elements increase inside vector then it automatically increases the size of dynamically allocated array. Internally it increases its capacity. Expanding memory allocation every time is an expensive task, that’s why vector allocates a few capacities every time rather than single memory block allocation.

Elements of vectors are stored in continues memory location, so it is easy to print vector c++.

For using vector you need to include #include<vector> in header. For creating vector in c++ you have to use vector<datatype> objectName;

push_back(value) is used in vector for adding new value inside vector. push_back function will always add value at the end of vector. In case you want to add element in front of vector then there is push_front() function is also available.

Now you can use iterator object in for loop for iterating first element to last element. We can assign starting as vector begin() function and end as vector end() function. So we will continue for loop untill iterator is not end().

After looking above example you must have question someone want c++ print vector in reverse order then ? Yes, STL (Standard Template Library) is providing reverse traversal by rbegin() and rend() functions.

If you want to print vector in C++ then you can use iterator and traverse loop and print via pointer of iterator object. If your project/IDE is supporting c++ 11 then i will recommend you to use auto keyword for traversing for loop and display value. 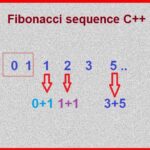